Although commodity inflation continues to squeeze profits, demand is returning, according to the surveyed companies in the world’s third-largest economy, which posted a rebound in April-June gross domestic product on Monday.

The prospect for further recovery, however, is subdued on inflationary pressures, a domestic COVID-19 relapse and a murky supply outlook for key components like semiconductors.

Manufacturers expected a slight improvement in the next three months, and service companies’ outlook index was flat in the Aug. 2-12 poll, which tracks the Bank of Japan’s (BOJ) closely followed “tankan” quarterly survey.

“Economic reopening is under way and consumption appears to be picking up, although we’re not without the risk that more and more price hikes could chill consumers,” said a food manufacturing firm manager in the poll of 495 big and mid-sized companies, of which 256 responded.

The Reuters Tankan manufacturers’ sentiment index advanced to 13 in August from 9 in the previous month, marking a seven-month high. The service-sector index rose to 19 from the prior month’s 14 and hit its highest point since October 2019.

Sub-indexes for manufacturers dealing in raw materials such as chemicals and oil refinery/ceramics saw double-digit increases, thanks to robust demand for semiconductor-related goods. Textiles/paper industries’ mood was down by 20 points on prolonged cost increases.

The sub-index for transport equipment manufacturers was unchanged at minus 38, with some citing automakers’ production cuts and chip shortages as reasons for the stalling recovery.

Among service-sector businesses, transport/utility firms and wholesalers led the improvement, in which multiple respondents said a weak yen is boosting overseas profits.

The reading for “other services”, a category that includes restaurants and hotels, fell by 10 points, as face-to-face services took hit from Japan’s rapid COVID-19 resurgence late last month, although the government has not reinstated any restrictions.

On the three-month forward outlook, manufacturers expected their mood to rise 2 points to 15 in November, whereas services firms projected that sentiment would remain steady at 19, the poll showed. 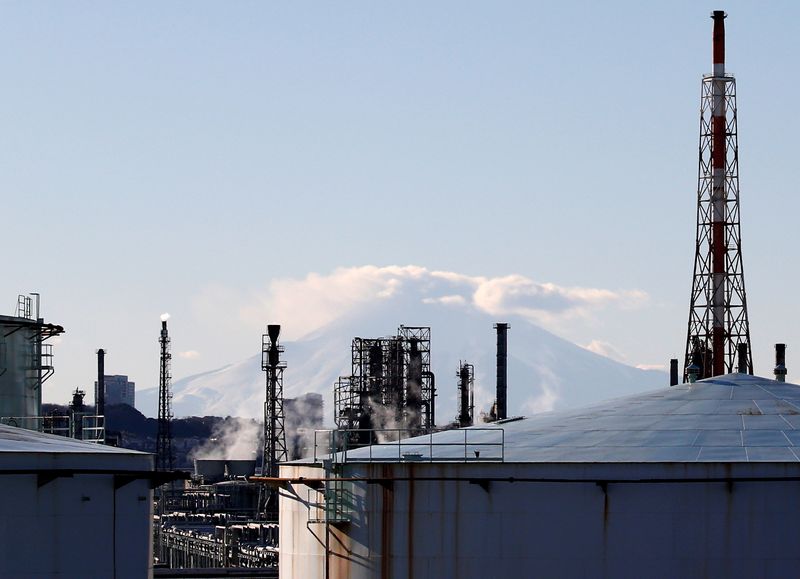