By Rami Ayyub and Steve Gorman

WASHINGTON (Reuters) -Three men have been indicted on multiple felony charges in the 2018 prison beating death of James “Whitey” Bulger, who lived a double life as one of Boston’s most notorious mobsters and as a secret FBI informant before going on the run for 16 years.

The announcement by the U.S. Justice Department on Thursday shed new light on the long-unsolved killing of Bulger, who was slain at age 89, five years into a life sentence he was serving for 11 murders and other offenses he was convicted of in 2013.

Bulger was found fatally bludgeoned on Oct. 30, 2018, in a high-security federal prison in West Virginia – the U.S. Penitentiary, Hazelton – where he had been transferred in a wheelchair a day earlier.

His accused killer, Fotios “Freddy” Geas, 55, a reputed one-time crime family enforcer, was indicted on Wednesday on a charge of murder by a federal inmate serving a life sentence, the Justice Department said in a statement.

At the time of Bulger’s death, Geas was serving a life term at Hazelton for the 2003 murders of Genovese crime family boss Adolfo “Big Al” Bruno and associate Gary Westerman.

Geas, long suspected of involvement in Bulger’s death, is still incarcerated at Hazelton.

DeCologero is no longer held at Hazelton but remains an inmate elsewhere in the federal penitentiary system, the Justice Department said. He is serving a sentence of life plus 25 years for murder, racketeering and firearms offenses.

Described by prosecutors as the head of an organized crime crew in Lowell, Massachusetts, DeCologero was convicted in 2006 of ordering the murder of a teenager a decade earlier.

McKinnon, who was on supervised release from federal prison when the indictment was returned, faces an additional charge of making false statements to a federal court. He was arrested on Thursday in Florida, according to the Justice Department.

At the time of Bulger’s murder, McKinnon was serving an eight-year sentence for stealing guns from a Vermont firearms store, NBC News reported. For at least part of that time he shared a cell with Geas.

It was not immediately known whether any of the three defendants had legal representation.

Bulger’s bloodied body was discovered wrapped in a sheet. He had been beaten so badly that blood was found coming from his ears, prison staff said at the time. Two men had been seen on surveillance footage entering his cell, according to those accounts.

Early in his criminal career, Bulger served nine years in prison for bank robbery, including a stint at the notorious Alcatraz island penitentiary in San Francisco Bay. He and his Winter Hill gang went on to operate for more than two decades in the insular, Irish-dominated South Boston neighborhood, engaging in loan sharking, gambling, extortion, drug dealing and murder.

They did so with the tacit approval of an FBI agent, John J. Connolly, who looked the other way when it came to Bulger’s crimes so Bulger would supply information on other gangsters.

Bulger, portrayed by Johnny Depp in the 2015 film “Black Mass,” was feared for his short temper and brutality. Prosecutors said he strangled two women with his bare hands and tortured a man for hours before shooting him in the head with a machine gun.

After he retired from the FBI, Connolly tipped off Bulger about a coming indictment, sending the mobster on the run in 1995. But law enforcement caught up with Bulger 16 years later, acting on a tip from a former Icelandic beauty queen who recognized Bulger from news reports, leading to his capture in June 2011 in Santa Monica, California, where he had been living with his long-time girlfriend.

Connolly was convicted in 2008 of racketeering, bribery and second-degree murder for his role in the slaying of an accountant who Bulger feared would testify against him. 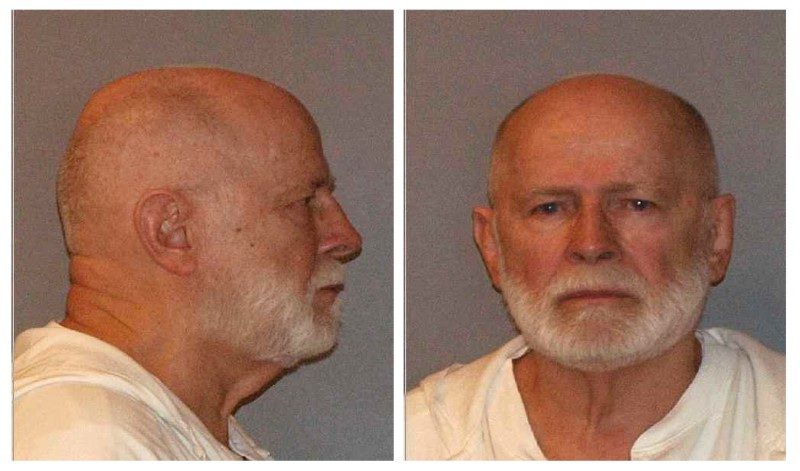