TAIPEI (Reuters) – Most members surveyed by the American Chamber of Commerce in Taiwan said they had not been significantly affected by recent Chinese military drills around the island, but had heightened concerns, the group said on Friday.

China, which claims Taiwan as its own territory, has been carrying out the war games and exercises since U.S. House Speaker Nancy Pelosi visited Taipei this month.

AmCham Taiwan said 126 of its 529 members responded to the Aug. 8-17 survey. Seventy-seven percent reported their businesses had not been significantly affected, while 17% said they had experienced disruption, including increased shipping or insurance costs, or supply chain delays.

Nearly half of the 17% said the disruption stemmed from “changes in policies or other manifestations of concern from their offshore headquarters”, it added in a statement.

Looking further ahead, 46% of surveyed companies expected increased military activity this year and next would affect their operations, while the rest were either unsure or did not expect to be affected, the group said.

Asked about the specific “spectrum of threats”, companies listed key concerns as general tension, including disinformation campaigns, constraints or “barriers on Taiwan’s periphery, and sanctions, travel bans, boycotts, and embargoes against Taiwanese products and people”, it added.

On a scale of 1 to 5, with 1 being not concerned at all and 5 being very concerned, respondents’ average level of concern about serious action being taken against Taiwan in the next 24 months was 2.8, the group said.

AmCham Taiwan President Andrew Wylegala said the organisation has been calling for an ambitious agenda to accelerate economic cooperation with Taiwan through the 21st Century Trade Initiative – a new Taiwan-U.S. trade talks framework – and eventually a bilateral trade agreement.

“Developments in recent weeks underscore the importance of supporting Taiwan’s resilience through stepped-up economic collaboration and integration, and the crucial fact that Taiwan’s economic relationship with the United States is also a security issue,” he added. 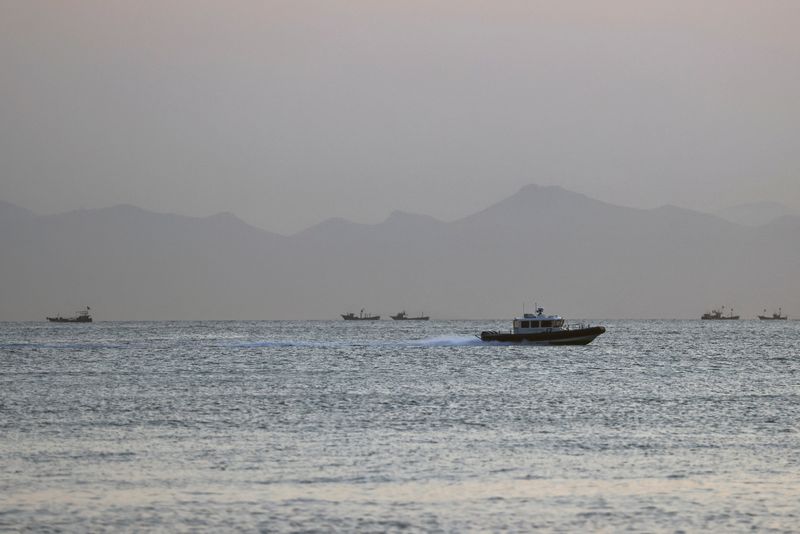