SAO PAULO (Reuters) – Brazilian electoral authorities on Saturday morning carried out a search and seizure warrant at the home of Sergio Moro, a former judge who led one of Brazil’s biggest corruption probes, a former justice minister and current Senate candidate.

This is the first time that Moro, who made his name leading the massive “Car Wash” corruption probe that jailed some of Brazil’s political and business elite, including current presidential front-runner Luiz Inacio Lula da Silva, has been targeted by electoral authorities.

The court order, to which Reuters had access, is in response to a request by Lula’s Workers’ Party (PT) lawyers, who argued there were irregularities in Moro’s campaign material.

In a statement, Moro’s lawyers confirmed the search warrant, but denied any wrongdoing on his behalf, calling the PT’s request an “aggressive initiative.”

“Today, the PT showed the “democracy” that it intends to establish in the country, promoting an abusive search in my residence and sensationalism in the disclosure of the matter,” Moro said on Twitter in regard to the alleged wrongly sized font on some electoral material.

“Nothing comparable to the billions of reais stolen during the PT and Lula governments. They will not intimidate me, but I reject the grotesque attempt to defame me and intimidate my family,” he said.

Moro, 49, entered politics as justice minister at the beginning of right-wing President Jair Bolsonaro’s government in 2018, before accusing Bolsonaro of misconduct and resigning in 2020.

He made an unsuccessful run for president in this year’s October election, but, with little political capital, he decided to run for a seat in Senate for the southern state of Parana instead.

In the same ruling on Saturday, the electoral court also ordered the exclusion of videos of Moro published on Youtube that were in breach of the standards set under electoral rules. 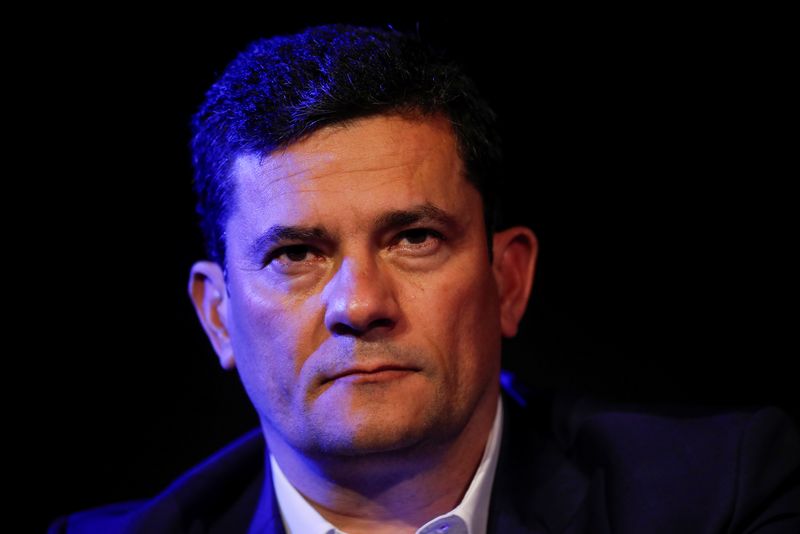