Wall Street’s main indexes also closed sharply lower but not as much as the Toronto market.[.N/C]

For the week, the TSX lost 4.7% as worries about the economic impact of central bank tightening overshadowed domestic data showing an easing of inflation pressures. The index has fallen about 16% from its record closing high in March.

“It’s the realization that we are seeing a general slowdown in the global economy,” said Philip Petursson, chief investment strategist at IG Wealth Management. “That’s working its way into softer commodity prices.”

Oil prices settled down 5.7% at $78.74 a barrel, an eight-month low, as the U.S. dollar notched its strongest level in more than two decades, while copper and gold prices fell.

The Toronto market’s energy group tumbled 7.8%, while the materials group, which includes precious and base metals miners and fertilizer companies, was down 4.5%. Together, those two groups account for nearly 30% of the TSX’s weighting.

Domestic data showed that retail sales fell 2.5% in July, which was more than expected, indicating interest rate increases by the Bank of Canada are slowing consumer spending.

Meanwhile, Canadian bond yields eased across much of a flatter curve. The 10-year was down 4.8 basis points at 3.080%, unraveling some of the upswing since June.

That move higher for yields in recent weeks could make bonds “an attractive opportunity over the course of the next 12 to 36 months,” Petursson said. “While yields can continue to move up you are seeing a coupon that will at least absorb some of that.” 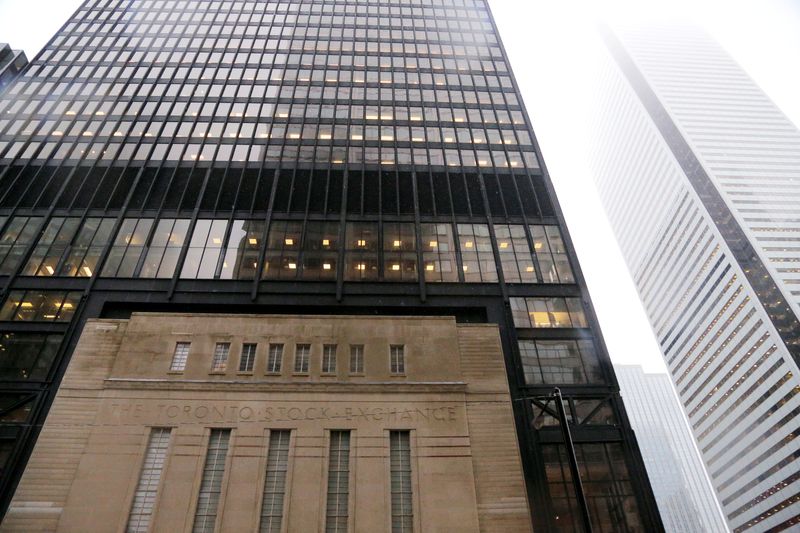