As the final quarter of an unremittingly dire year for world markets hoves into view, stocks and bonds have now cratered to new lows as central banks keep talking tough and debt strains mount across major economies.

The blowup in British bonds and sterling remains the epicentre of this week’s storm, with global credit rating firms and the International Monetary Fund lambasting UK government tax-slashing plans as incoherent in fighting inflation and a risk to debt sustainability that lifts inequality.

Even U.S. Treasury Secretary Janet Yellen said she was monitoring developments in the UK, though she added that financial markets were “still functioning well” with no liquidity problems yet.

But with the pound falling anew against the dollar on the credit rating and IMF warnings, the real problem is in UK government bonds, or gilts.

Ten-year gilt yields have jumped 1.2 percentage points in a week and the 30-year gilt yields – typically stable due to regulatory requirements and pension or insurance fund demand – soared above 5%, almost double what they were a month ago.

Apart from the contagious effects to other major bond markets from the impact of funds’ cross-holdings of so-called ‘risk free’ assets, investors fear the sort of market dislocations going on in UK markets can take on a life of their own in mortgage and credit markets and reveal the wider impact of rising interest rates everywhere and as the dollar soars.

The explosion of UK benchmark borrowing rates has already seen mortgage lenders pull products due to disruptions in the interest rate swaps market and widespread concern about that affects liability management in pension and insurance markets.

UK officials dismissed a Sky News report that finance minister Kwasi Kwarteng would ask financiers not to bet against the pound during a meeting with bankers on Wednesday.

With Wall Street stocks hitting a new low for the year on Tuesday, global shares sank to two-year lows on Wednesday.

Even though Tuesday saw some positive U.S. economic news, worries about a global recession ahead persisted and reports that Apple is dropping plans to boost production of new iPhones reflected some of that. Oil prices also lapsed again.

Yields on U.S. 10-year Treasuries topped 4.0% for the first time since 2010, meantime, as markets wagered the Federal Reserve might have to take rates past 4.5% in its crusade against inflation.

Fed chairman Jerome Powell and a host of other Fed speakers are in the diary again for later on Wednesday.

Key developments that should provide more direction to U.S. markets later on Wednesday: 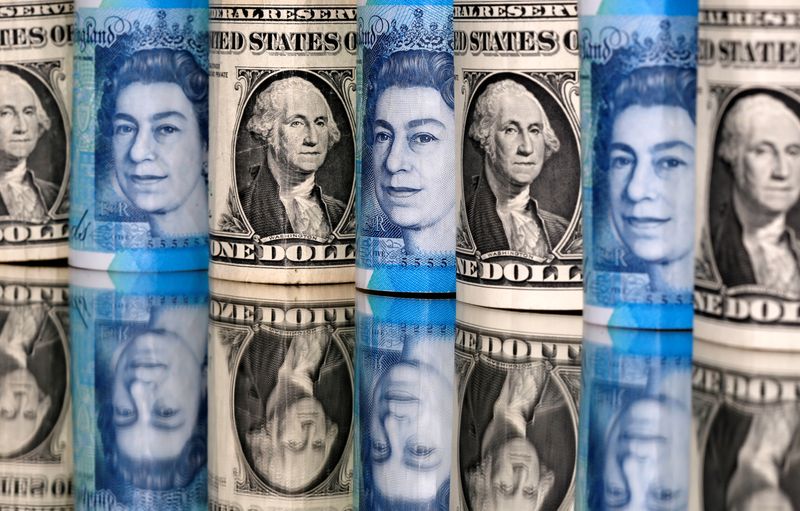