The justices took up Halkbank’s appeal of a lower court’s decision rejecting the bank’s contention that it was immune from U.S. prosecution under a 1976 law called the Foreign Sovereign Immunities Act, which limits the jurisdiction of American courts over lawsuits against foreign countries, because the business is majority-owned by Turkey’s government.

Federal prosecutors in New York in 2019 brought charges against Halkbank, accusing it of participating in a scheme to launder about $20 billion of Iranian oil and natural gas proceeds in violation of U.S. sanctions against Iran.

The bank pleaded not guilty to charges of bank fraud, money laundering and conspiracy over allegations that it used money servicers and front companies in Turkey, Iran and the United Arab Emirates to evade sanctions.

Turkish President Tayyip Erdogan has called the U.S. government’s decision to charge the bank an “ugly, unlawful” step and has pushed for the case to be dropped.

The charges stemmed from an investigation that first became public with the 2016 arrest of Reza Zarrab, a Turkish-Iranian gold trader who prosecutors said had close ties with Erdogan. Zarrab pleaded guilty and testified at trial against Mehmet Hakan Atilla, a Halkbank executive who was arrested in 2017 and subsequently convicted of helping evade U.S. sanctions and sentenced to 32 months in prison.

After being indicted, Halkbank sought the dismissal of the charges on the grounds that the Foreign Sovereign Immunities Act rendered it immune from prosecution as an arm of Turkey’s government. A trial judge and the New York-based 2nd U.S. Circuit Court of Appeals disagreed, finding that Halkbank could be prosecuted because its alleged misconduct involved commercial activity not covered by sovereign immunity.

Halkbank appealed to the U.S. Supreme Court, calling the prosecution “unprecedented” and saying that the 2nd Circuit’s ruling “green lights future indictments of any sovereign state.”

The U.S. Justice Department countered that the Foreign Sovereign Immunities Act addresses only civil cases, not criminal prosecutions, and even if it did, the case fell within the law’s exceptions for cases involving commercial activities.

A trial was delayed awaiting action by the Supreme Court. 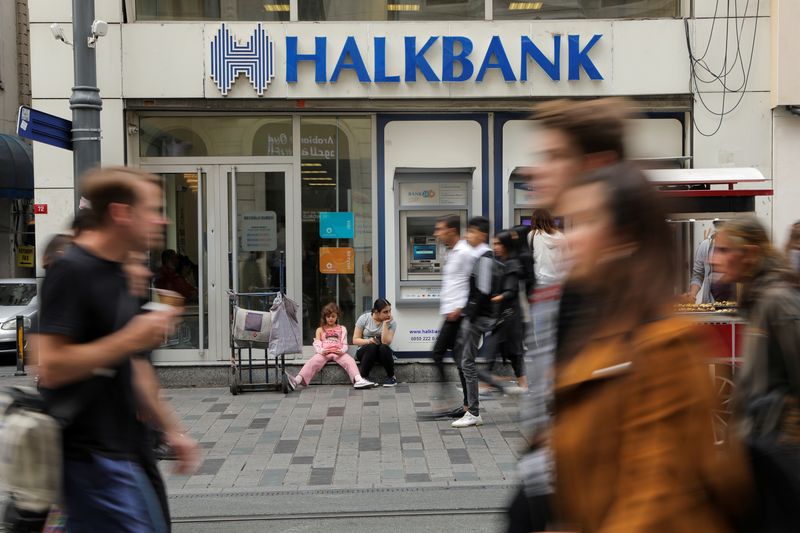