(Reuters) – Arizona doctors have sued the state to try to block it from enforcing a 1901 ban on nearly all abortions, saying a law passed earlier this year allowing abortion up to 15 weeks of pregnancy should take precedence.

In their complaint in Maricopa County Superior Court, the Arizona Medical Association and a Phoenix doctor who co-owns an abortion clinic, said doctors have halted all abortion services as they are unsure whether they could be prosecuted and jailed for providing them.

“The state of Arizona has caused complete chaos by seeking to enforce clashing abortion bans, including one of the most extreme in the country,” Nancy Northup, president of the Center for Reproductive Rights, which is representing the plaintiffs, said in a statement.

The office of Arizona Attorney General Mark Brnovich, a Republican, did not immediately respond to a request for comment.

Pima County Superior Court Judge Kellie Johnson on Sept. 23 granted Brnovich’s request to lift a court order that had barred enforcement of the 1901 law since 1973, when the U.S. Supreme Court recognized a right to abortion in its landmark Roe v. Wade ruling. The Supreme Court overturned Roe in June.

The 1901 law includes an exception to save the mother’s life, but not for her health or for cases of rape or incest.

The 15-week ban took effect on Sept. 24, the day after Johnson’s order.

Arizona’s Republican governor, Doug Ducey, had signed the law in March in anticipation of Roe being overturned. He said at the time that the newer law would override the 1901 ban.

Arizona is one of more than 20 Republican-led states that have passed new abortion bans or are expected to do so following the Supreme Court’s June decision.

Democrats including President Joe Biden have condemned the measures. 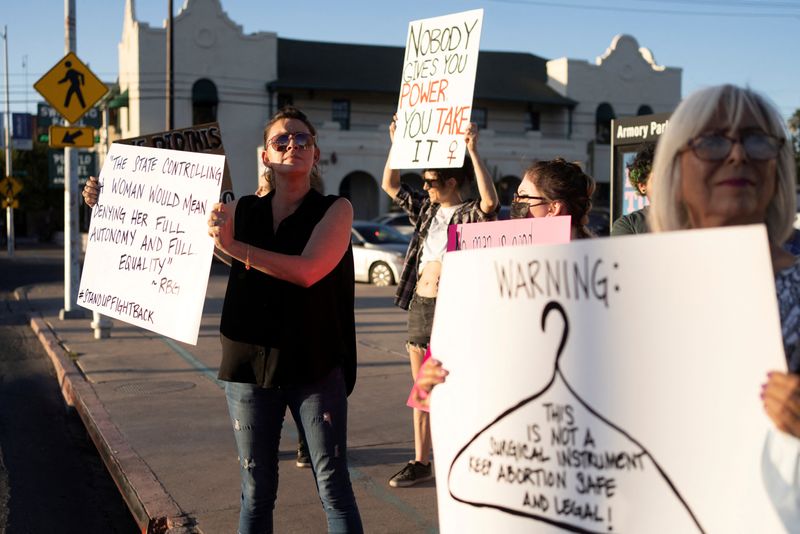