(Reuters) -European shares dropped on Wednesday, snapping a three-day rally as investors tempered expectations of central banks toning down their hawkish stance on inflation, with declining business activity in the region fuelling fears of an economic downturn.

After rallying more than 5% in the previous three sessions, the pan-European STOXX 600 index was down 1% as a sharp rate hike from New Zealand’s central bank on Wednesday jolted investors and weighed on risk sentiment.

The index had logged its best one-day performance since mid-March on Tuesday after weaker U.S. manufacturing data, shrinking U.S. job openings and a smaller-than-expected rate hike from the Reserve Bank of Australia spurred hopes that central banks globally could shift to less-aggressive rate hikes in future.

“(Today) is a realisation that it’s still too early to conclude the pivot is coming,” said Azad Zangana­, senior European economist and strategist at Schroders.

Investors are now waiting for a more comprehensive U.S. nonfarm jobs report due on Friday for further clues on the state of the labour market and whether the Federal Reserve could pivot from its current ultra-hawkish approach.

“I think Europe is falling into quite a steep recession,” said Patrick Armstrong, chief investment officer at Plurimi Wealth. “You’ve got a consumer who’s being pulled by utility bills and petrol prices…Manufacturing is going to slow a lot as electricity prices go up.”

The STOXX 600 index has fallen 18.2% so far this year as the region grapples with an energy crisis exacerbated by the Russia-Ukraine conflict and concerns about an economic downturn with agg ressive policy moves by the U.S. Fed and other central banks.

Among single stocks, Tesco slid 4.1% after Britain’s biggest retailer forecast full-year profit at the lower end of its previous guidance.

Shares of Bachem Holding AG gained 2.2% as the biotech supplier floated plans to build a third site in Switzerland. 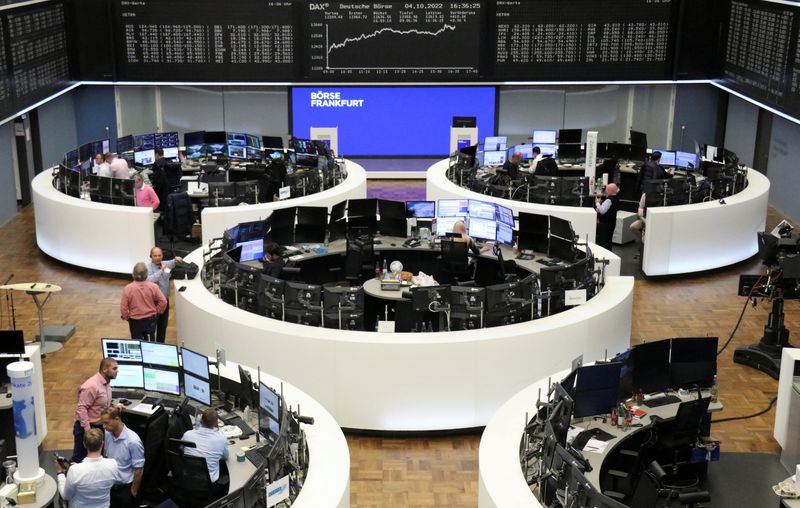