U.S. stocks seesawed during the trading day, but ended lower after multiple Fed officials continued to emphasize that rates would continue to go up until inflation was under control.

The MSCI world equity index, which tracks shares in 45 nations, was down 0.85%.

Investors will be looking to Friday’s Labor Department report for some clarity as to whether a steady diet of rate hikes has begun to take a bite out of the economy and high inflation. Economic data this week has produced conflicting views, with some signs of softening in labor demand while other reports indicated hiring was as robust as ever.

For their part, Fed officials’ remarks have undercut any fledgling hope the central bank may be preparing to step away from ongoing rate hikes.

A trio of officials hit the same tone on Thursday, with Fed Governor Lisa Cook, Chicago Fed President Charels Evans, and Minneapolis Fed President Neel Kashkari all emphasizing in remarks that the inflation fight was ongoing and they were not prepared to change course.

Opposite stocks, the dollar and U.S. Treasury yields both gained on the day.

“The rise in U.S. yields is weighing on equities and it is driving up the U.S. dollar too,” said David Madden, market analyst at Equiti Capital. “In recent weeks, the greenback has been a popular safe haven play and considering the fall in equities, it is also receiving a lift in that regard.”

Markets were also volatile ahead of Friday’s jobs report as investors weighed competing narratives from other data.

On Thursday, the U.S. Labor Department reported initial claims for jobless benefits came in at 219,000 for the week ended Oct. 1, exceeding economist expectations of 203,000.

“The job market is still solid but is softening,” said Bill Adams, chief economist for Comerica Bank. “As the unemployment rate ticks higher, wage growth will likely slow, taming some of the inflationary pressure in the U.S. economy.”

Complicating the near-term outlook further is next week’s data on U.S. consumer inflation, which is expected to have slowed for a third month in September to 8.1%, still its highest since the mid-1980s.

Plans by the Organization of the Petroleum Exporting Countries and its partners, including Russia, to steeply cut oil production continued to drive oil prices higher, where prices jumped for the fourth straight day. 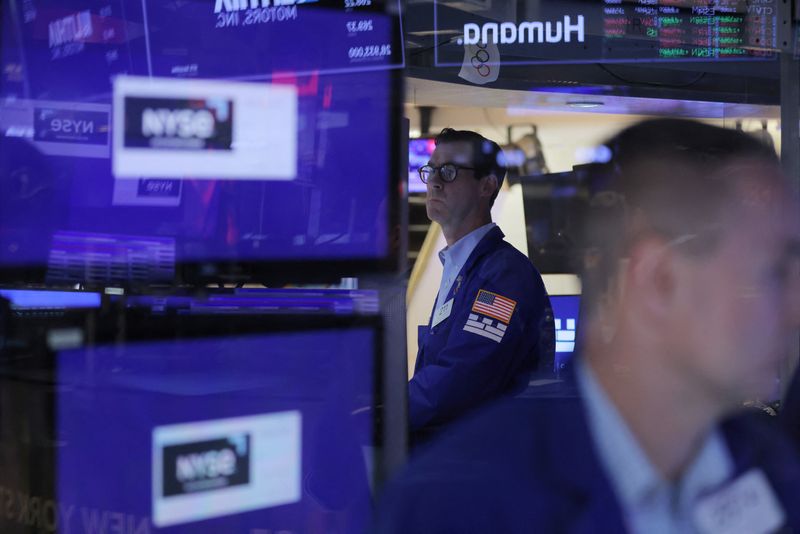