GENEVA (Reuters) -The U.N. rights council on Thursday voted down a Western-led motion to hold a debate about alleged human rights abuses by China against Uyghurs and other Muslims in Xinjiang in a victory for Beijing as it seeks to avoid further scrutiny.

The defeat – 19 against, 17 for, 11 abstentions – is only the second time in the council’s 16-year history that a motion has been rejected and is seen by observers as a setback to both accountability efforts, the West’s moral authority on human rights and the credibility of the United Nations itself.

The United States, Canada and Britain were among the countries that brought the motion.

“This is a disaster. This is really disappointing,” said Dolkun Isa, president of the World Uyghur Congress, whose mother died in a camp and whose two brothers are missing.

“We will never give up but we are really disappointed by the reaction of Muslim countries,” he added.

Qatar, Indonesia, the United Arab Emirates and Pakistan rejected the motion, with the latter citing the risk of alienating China. Phil Lynch, director of the International Service for Human Rights, called the voting record “shameful” on Twitter.

“Xinjiang-related issues are not human rights issues at all, but issues of counter-terrorism, de-radicalisation and anti-separatism,” said China’s foreign ministry late on Thursday.

The motion was an attempt by the United States and some Western countries to “use the UN human rights body to interfere in China’s internal affairs,” said the foreign ministry in a post on its official website.

China’s envoy had warned before the vote that the motion would create a precedent for examining other countries’ human rights records.

“Today China is targeted. Tomorrow any other developing country will be targeted,” said Chen Xu, adding that a debate would lead to “new confrontations”.

The U.N. rights office on Aug. 31 released a long-delayed report that found serious human rights violations in Xinjiang that may constitute crimes against humanity, ramping up pressure on China.

Rights groups accuse Beijing of abuses against Uyghurs, a mainly Muslim ethnic minority that numbers around 10 million in the western region of Xinjiang, including the mass use of forced labour in internment camps. The United States has accused China of genocide. Beijing vigorously denies any abuses.

The motion is the first time that the rights record of China, a powerful permanent Security Council member, has been on the council’s agenda. The item has stoked divisions and a diplomat said states were under “enormous pressure” from Beijing to back China.

Countries like Britain, the United States and Germany, vowed to continue to work towards accountability despite Thursday’s outcome.

But activists said the defeat of such a limited motion, which stopped short of seeking an investigation, would make it difficult to put it back on the agenda.

Universal Rights Group’s Marc Limon said it was a “serious miscalculation”, citing the timing which coincides with a Western-led motion for action on Russia.

“It’s a serious blow for the credibility of the council and a clear victory for China,” he said. “Many developing countries will see it as an adjustment away from Western predominance in the U.N. human rights system.”

The event raised political dilemmas for many poor countries in the 47-member council who are loath to publicly defy China for fear of jeopardising investment. 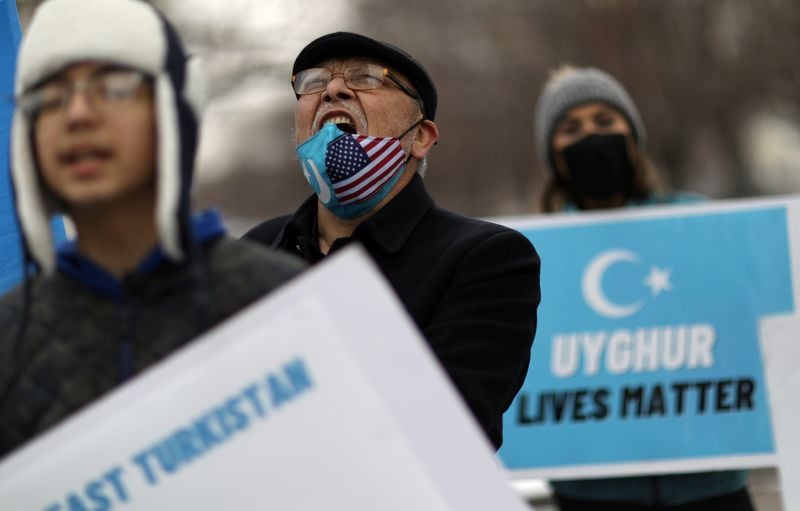