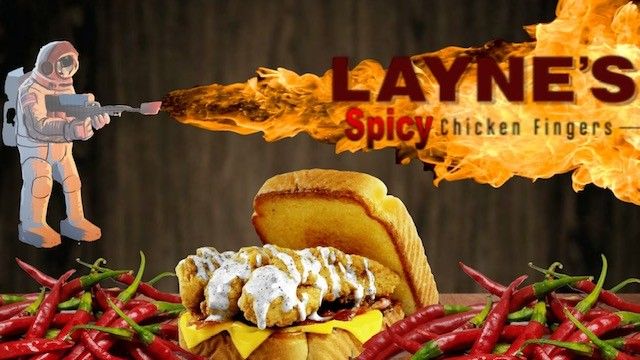 As millennials and gen-Z consumers increasingly seek out hot chicken options, the legacy franchise brand is revealing its first new menu item since 1994.

Dallas, TX  (-)  Legacy chicken brand Layne’s Chicken Fingers – which just launched its franchise opportunity last year — made a name for itself in its home state of Texas by providing a simple menu of perfectly executed fried chicken favorites. The ‘soon to be famous™’ franchise that is already a household name in Texas hasn’t changed much in its 30-year history. To be fair, it hasn’t had to.

But that doesn’t mean the brand is scared to change. These days, change is in the air, even in the chicken world. Consumers, particularly millennials and gen-Z consumers, are increasingly seeking out spicier options, and Layne’s Chicken Fingers is well-prepared to meet that demand. In January, Layne’s unveiled its first new menu item since 1994: spicy chicken.

“We are never interested in change for the sake of change alone,” said Garrett Reed, Layne’s CEO. “We would rather offer a set number of absolutely perfected items than constantly roll out hit-and-miss experiments, but we do look closely at the trends, and right now, everyone is looking for bold flavors. In our segment, that means spicy chicken.”

“The data showed us that we would do well to have a spicy option, so we started researching what was out there,” he said. “We found a breading option that fits exactly what we do and allows us to incorporate new spices. We came up with a product we were excited about and tested it with focus groups that included customers, franchisees and employees. Seventy-five percent of the people who tried it said they would absolutely order it again. That was an exciting response, so we rolled the item out to our stores.”

Since introducing its spicy chicken option, Wattar says the item accounts for 20% of all meal-deals sold across Layne’s stores, an unequivocal success for a new item launch.

“The sales are fantastic, and just as important, so are the reviews,” Wattar said. “All of our fans are talking about it online, and when we post any social media promoting it, we get incredible feedback.”

Based on those sales and the overwhelming feedback from fans, Reed says Layne’s is preparing to roll out a few more new items this year.

“We’ve got some more surprises coming this year that I don’t want to spoil, but I can say that we’re really excited about some new side options, including some staples that go hand-in-hand with fried chicken, like mac and cheese and cheese poppers,” he said. “We are also adding new milkshake options.”

As Layne’s continues to make the most of its hit new item, Reed says the brand is rolling out a big promotional push to get new and existing customers to try its spicy chicken offering, including direct mailers offering a free spicy tender with the purchase of anything else on the menu.

“That’s a pretty generous promotion that you don’t see in our segment very often, but we are just so excited to get people to try this item,” Reed said. “We’ve seen the response from people who have already tried it, so we know that anything we can do to get more people to try it is going to continue to drive sales and bring more customers to our franchise owners.”

Franchise opportunities range from $737,000 to $1,217,500 with different buildout options available. The brand is looking to grow throughout the country and will concentrate on Texas, Florida, Oklahoma, New Mexico and Arizona. Learn more about franchising here.

Founded in 1994 in College Station, the original location became a Texas A&M legend known for its small-town charm, friendly service, iconic chicken fingers and secret sauce. While opening corporate locations across the Dallas-Fort Worth area, the leadership team focused on fine tuning its operations and starting to franchise.  Now, the company is planning to bring Layne’s Soon to be Famous™ Chicken Fingers to the rest of the world with plans to open 100 locations by the next four years.

One person shot at Oneida Square in Utica