PRAGUE (Reuters) – Czech inflation, while likely to stay high until year-end, is near its peak and should not rise much further before dropping in 2023, central bank board member Karina Kubelkova said in a newspaper interview to be published on Monday.

Kubelkova, who joined the board in July, said while a rise in domestic demand would signal the need for a further tightening in monetary policy, this was not materialising.

“Latest data show that people are ceasing to spend and consumption is beginning to slow, and is even declining in some market segments,” she told daily Lidove Noviny in her first public remarks since joining the board.

The bank halted a previous cycle of rate hikes under new Governor Ales Michl, who also took his post in July, and signalled rate stability for an extended period. The bank had raised its main rate to 7% by June this year, while inflation reached 18% year-on-year in September.

Wage growth surprised on the upside in the second quarter, Kubelkova said, though she added she was not as worried as some of her board colleagues about a wage-inflation spiral, as she expected a compromise in wage talks between employers and unions.

Kubelkova said the central bank’s months-long running market interventions to prop up the crown currency’s exchange rate had been an exceptional tool that was helping to reduce the bank’s large balance sheet built up in previous years.

She said data showed the bank did not intervene much in August, and that she believed the crown’s exchange rate would be roughly where it was now even without interventions.

The crown, propped up by billions of euros in interventions in the past months, has outperformed regional peers the Hungarian forint and the Polish zloty, staying stable at around 24.5 to the euro, up 1.4% so far this year. 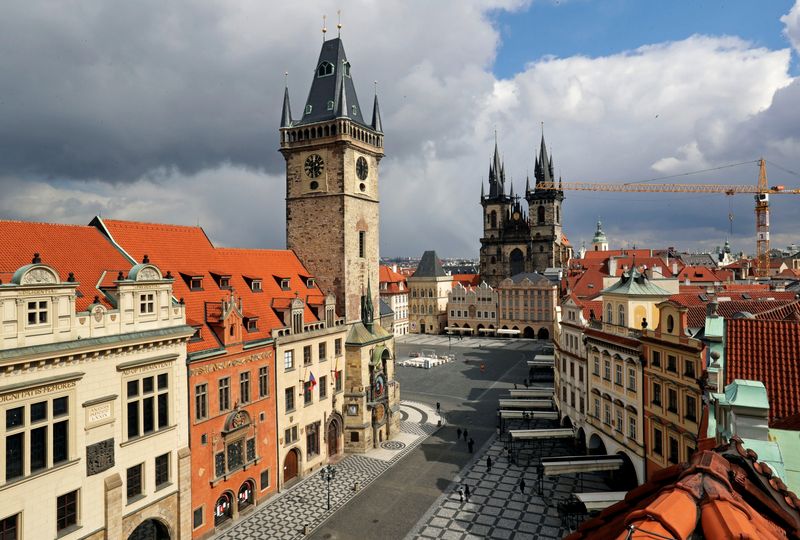