BOGOTA (Reuters) – Colombian Finance Minister Jose Antonio Ocampo has asked the country’s central bank to discuss liquidity in futures markets in its monthly meeting this Friday, he said on Wednesday, at a time when local currency and public debt are experiencing turbulence from domestic uncertainty.

On Monday Colombia’s peso hit record lows, having depreciated 25.3% during the year amid a crisis of confidence caused by comments from President Gustavo Petro regarding certain economic policies including a proposed tax reform, the prohibition of new oil exploration and suggestions of capital controls.

Though the currency saw a correction on Wednesday, finishing up 1.83% at 4,884.06 versus the dollar, analysts say local liquidity has fallen amid global economic uncertainty.

“There is an issue that I have asked the (central) bank for us to discuss on Friday about futures markets, about how liquid or not those futures markets are,” Ocampo told reporters.

In 2020, during the worst of the coronavirus pandemic, Colombia’s central bank took extraordinary measures to boost liquidity, such as foreign exchange hedging via auctions for the sale of dollars through forward operations, or “swaps.”

Ocampo, who sits on the bank’s seven-member board, ruled out directly intervening in the foreign exchange market by selling dollars from international reserves to contain the depreciation of the peso as Chile did recently.

In a recent Reuters poll, 12 out of 14 analysts forecast the central bank will raise its benchmark interest rate by 100 basis points to 11% on Friday. One of the analysts projected a hike of 75 basis points and another forecast an increase of 50 basis points. 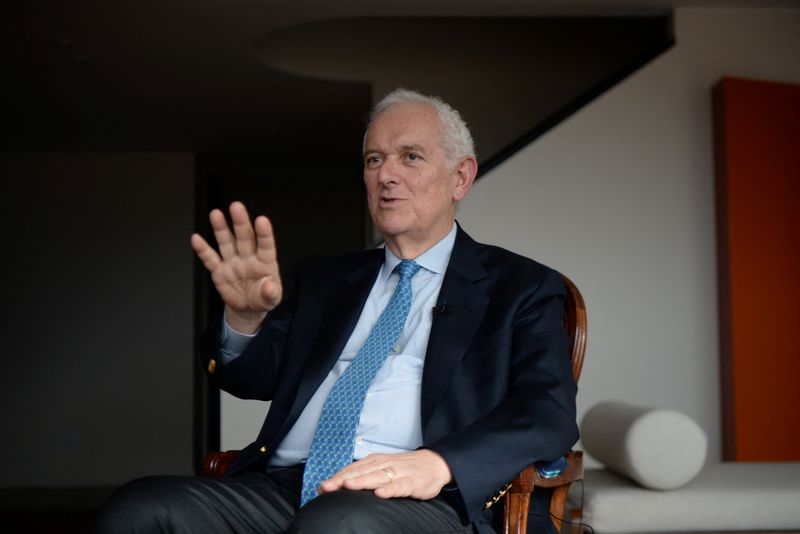