Argentina, which was forced to restructure over $100 billion in debts with private creditors and the International Monetary Fund in the last two years, has been battling capital flight, a weak peso and inflation set to hit 100% this year.

The South American nation’s sovereign bonds already trade at default levels around 20 cents on the dollar, a reflection of how investors fear trouble ahead meeting payments starting to come due in 2023-2025 on local and international debt.

Fitch said in a statement that the downgrade reflected Argentina’s severe macroeconomic imbalances and limited external liquidity, which “increasingly undermine repayment capacity as foreign-currency debt service ramps up in the coming years.”

It added that a new IMF deal struck earlier this year to replace a huge failed 2018 program had “not yet proven to be a strong anchor” for economic policies needed to rebuild depleted net foreign reserves and recover market access.

Argentina, the world’s top exporter of processed soybeans and the No. 3 for corn, has long faced swirling economic crises, with years of high inflation and a lack of confidence in the peso currency.

Fitch said capital controls had helped limit flight of dollars from the country but had “not fully staunched outflows”. It said currency reserves had bounced to some $5.5 billion after a recent burst of soy exports but faced more pressure ahead.

“The BCRA (central bank) is tightening FX controls, which could contain reserve declines, but the sustained accumulation targeted in the EFF (IMF program) appears unlikely in the absence of a holistic shift in exchange-rate policy,” it said.

Fitch added that growth this year would likely come in at an improved 4.6%, while it expected inflation to hit 100%, up from 51% last year.

(Reporting by Adam Jourdan in Buenos Aires and Mehr Bedi in Bengaluru; Editing by Shinjini Ganguli and Andrea Ricci) 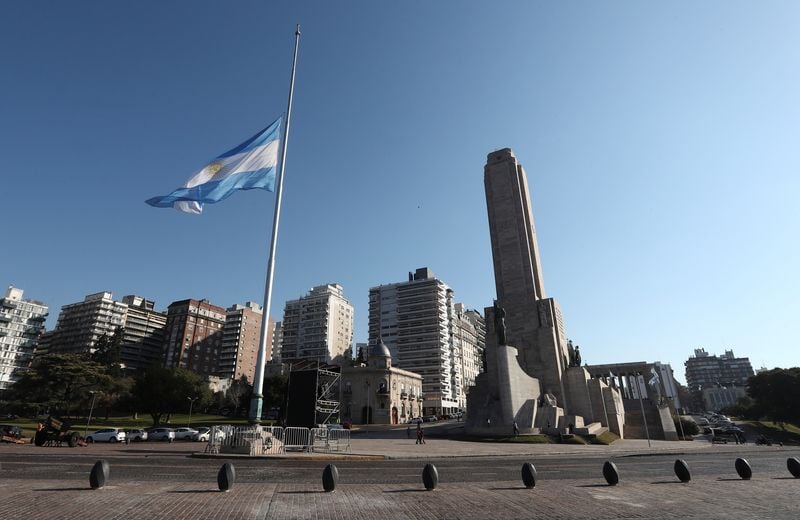