TAIPEI (Reuters) – Taiwan’s economy likely expanded slightly faster in the third quarter compared to the prior quarter but at an anaemic pace due to increased global economic headwinds denting demand for technology which is a key export, a Reuters poll showed.

Gross domestic product (GDP) likely grew 3.2% in July-September versus a year earlier, the poll of 20 economists shows, after it expanded 3.05% year-on-year in the second quarter.

Policymakers have said they expect full-year 2022 growth of less than 4%, downgrading it from previous forecasts of more than 4% and slower than the 6.45% logged for 2021. That was the fastest rate in over a decade since it expanded 10.25% in 2010.

Economists’ forecasts for preliminary GDP data due on Friday varied widely from growth of 1.8% to as high as 4.4%.

Demand for Taiwanese goods has been hit by COVID-19 lockdowns in China, as well as soaring global inflation and tightening monetary policy.

Woods Chen, head of macroeconomics at Yuanta Securities Investment Consulting in Taipei, said domestic demand was “not bad” due to Taiwan gradually undoing COVID-19 controls, but the problem was with exports.

“Our estimate is quite low, and of course that’s because of negative growth in exports,” he said, pointing to September’s exports which fell an on-year 5.3%, the first contraction in more than two years.

As a key hub in the global technology supply chain for giants such as Apple Inc, Taiwan’s economy had been outperforming many of its regional peers.

A global shortage of semiconductors has swelled order books for Taiwanese chipmakers such as Taiwan Semiconductor Manufacturing Co Ltd (TSMC).

TSMC reported an 80% surge in third-quarter profit, the strongest growth in two years.

The economy in China, Taiwan’s largest trading partner, expanded 3.9% in the third quarter year-on-year, faster than expected and quickening from the 0.4% pace in the second quarter. 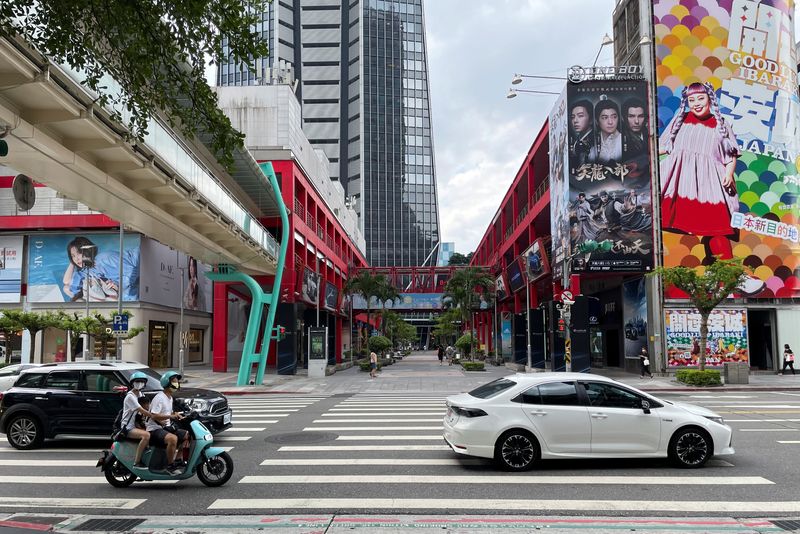