By Julie Gordon and Steve Scherer

OTTAWA (Reuters) -Canada’s government on Thursday set out billions in new spending to support low income workers and clean energy technologies among other measures, dipping into a tax windfall to provide relief to those hit hardest by fast-rising prices.

Analysts said the new spending was modest enough to avoid dramatically altering the inflationary outlook, though it fell short of the fiscal restraint needed at time when prices are rising faster than they have in decades.

Promising the government would not to make the central bank’s job harder, Finance Minister Chrystia Freeland outlined C$11.3 billion ($8.2 billion) in new spending this year and next, adding to C$11.6 billion of measures laid out since the April 2022 budget.

“We know how important it is right now … not to pour fuel on the flames of inflation,” Finance Minister Chrystia Freeland told reporters before presenting an update to the April figures.

“We don’t want to put the Bank of Canada in a position where it has to raise rates higher and keep them there for longer.”

The Bank of Canada is in the midst of one of its sharpest tightening campaigns ever, as it looks to slow prices rising at a pace not seen in four decades. Inflation has edged down over the last three months to 6.9% in September from 8.1% in June.

Freeland said the update struck a balance between being “fiscally responsible” and providing compassion to those hardest hit by fast rising prices.

The bulk of the new spending will go to direct supports for low-income workers, eliminating interest on federal student loans, tax credits for clean technologies, and to fund previously announced measures that have not yet been budgeted.

Analysts said that while the dollar figures were relatively modest on their own, they build on perks the federal and provincial governments have already rolled out to help Canadians deal with rising prices.

“In isolation, this update … does deliver restraint insofar as they haven’t unleashed massive new spending that’s going to unleash big inflationary pressures. But you can’t really look at it in isolation,” said Rebekah Young, an economist at Scotiabank.

“Overall, it’s not really restraint, which is the message that the minister would like out there. They do continue to spend modest amounts and strong revenues have allowed that.”

Others questioned why the government was spending its revenue windfall rather than using it to pay down debt.

That windfall “should have gone towards the deficit reduction in my view and it didn’t,” said Robert Asselin, senior vice president of policy at the Business Council of Canada. “I see a mismatch between the rhetoric and the actions here.”

The fiscal update showed “significantly weaker growth” next year that previous forecast, but the baseline numbers did not foresee a recession. The downside scenario, in which inflation is more entrenched, showed a contraction starting in early 2023.

Prime Minister Justin Trudeau’s Liberal-led government also forecast a balanced budget in 2027/28, in what would be the first surplus on its books in seven years.

It also cut its deficit forecast for this fiscal year by almost a third to C$36.4 billion from the C$52.8 billion deficit forecast in April. This as its bottom line was bolstered by C$40.1 billion in added revenues, mostly on higher tax revenues.

The update also included a tax on corporate stock buybacks similar to a measure introduced by United States.

(Reporting by Steve Scherer and Julie Gordon, additional reporting by Ismail Shakil in Ottawa and Fergal Smith in Toronto; Editing by Deepa Babington) 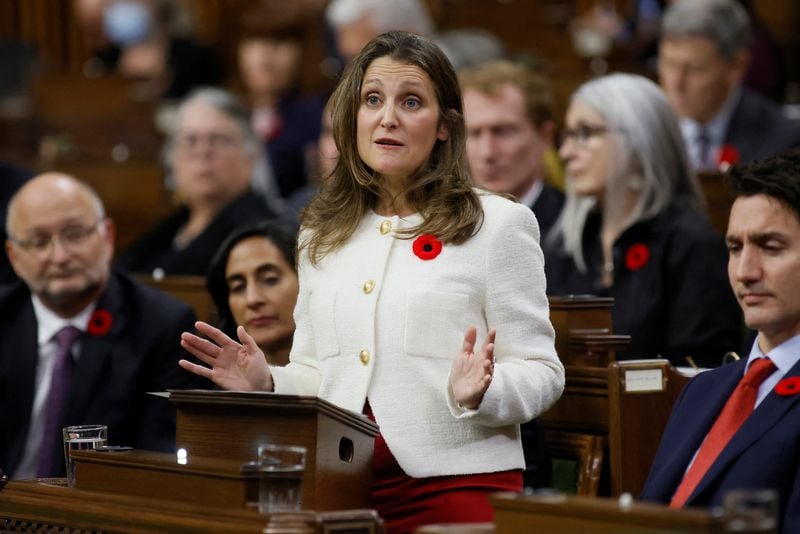 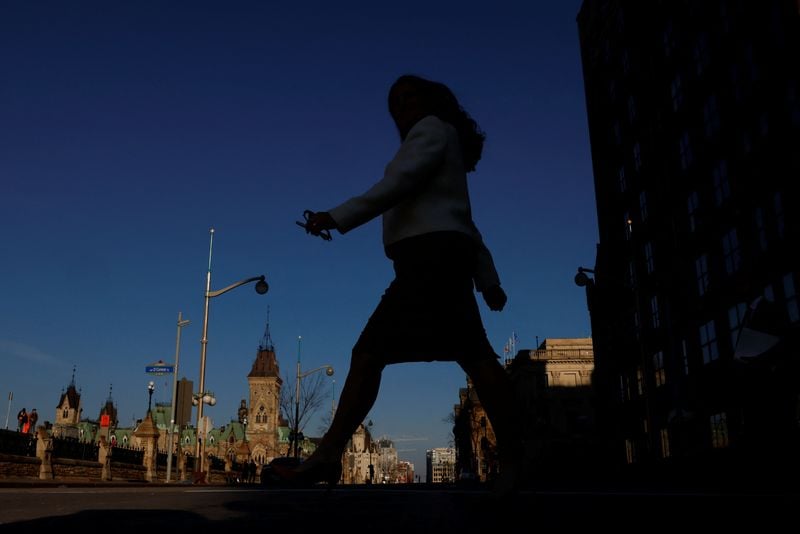 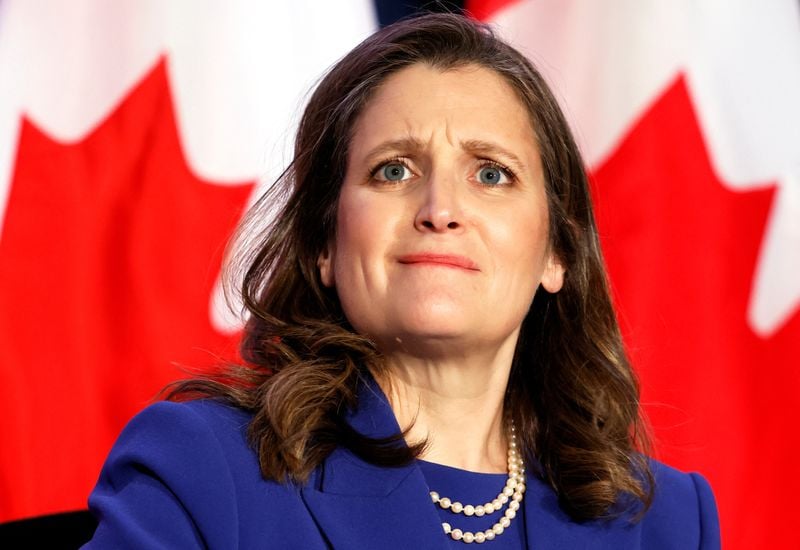