ZURICH (Reuters) -Credit Suisse profitability could be hit by a drop in asset management fees in the fourth quarter, the Swiss bank said in a financial report late on Wednesday.

Lower asset values because of adverse market movements in client portfolios in the third quarter could lead to decreased fee revenues for the group, thereby leading to reduced profitability, the bank said.

Along with its restructuring plan, Credit Suisse last month revealed that social media rumours had led to client asset outflows in the first two weeks of October that substantially exceeded third-quarter rates.

The bank said these outflows had since reduced, but not yet reversed, contributing to the decrease in assets under management.

Credit Suisse had already warned of a likely net loss in the fourth quarter, partly owing to costs associated with its planned strategic transformation including withdrawals from non-core businesses. 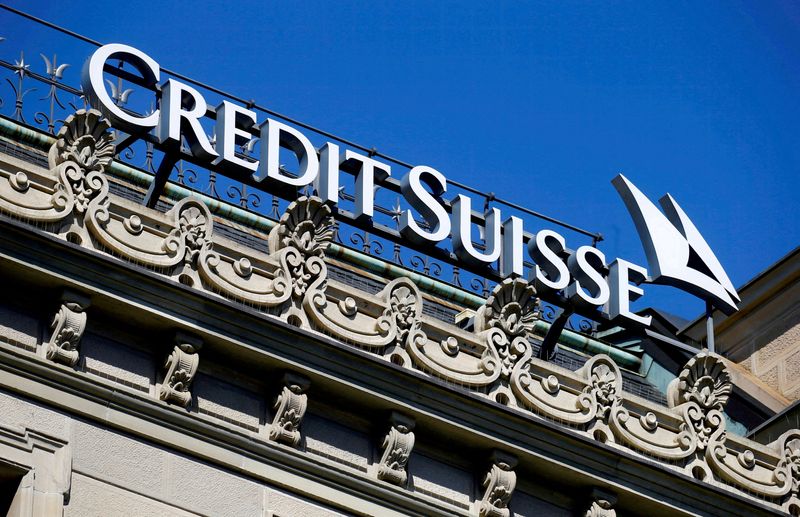