SEOUL (Reuters) – “Dad, I’m going out” were the last words Jung Hae-moon heard his daughter utter, at the end of a chat they had on the telephone on Saturday as she turned down an invitation to dinner.

Hours later, 30-year-old Jung Joo-hee was among 156 people, most of them in their teens and twenties, killed in the South Korean capital while celebrating Halloween free of COVID restrictions for the first time in three years.

On Thursday, the young woman’s family buried her ashes in a peaceful family plot outside Seoul, with a planted sapling and bouquets by her grave stone and a sombre ceremony of prayers and tears.

“Rest well. Mum and dad will come see you,” Jung Hae-moon said as the family stood by, together with his daughter’s pet poodle.

As news of the disaster unfolded on Saturday, Jung Hae-moon dashed to Itaewon, a district of narrow streets full of bars and boutiques, to be met with chaos as distraught youngsters milled about in their Halloween costumes and rows of ambulances collected victims.

More than 12 hours later, he found Joo-hee in a morgue, lifeless, swollen and bruised.

Joo-hee’s mother, Lee Hyo-sook, said her daughter was a delight, a best friend who loved animals and wine.

“The space she leaves is too big. The place she left in the family is too much, the emptiness,” Lee told Reuters after the funeral, speaking at a cafe that Joo-hee ran.

The cafe is closed with a sign in black reading: “In mourning.”

The anguish of Joo-hee’s family is being felt by all of the 156 bereaved families as a traditional three-day wake comes to an end and their loved one is placed in a coffin to be viewed for the last time before burial or cremation.

Their grief is being shared by the county as a whole struggling to come to terms with the disaster that ended so many young lives on what should have been an evening of fun.

Another grieving father, Song Jae-woong, said his daughter, Young-ju, 24, was a gentle soul who was quick to befriend classmates, more than 200 of whom came to her funeral.

Young-ju had dreamed of becoming an actress, her father said, speaking at a funeral home in Seoul.

“Her friends told me that my daughter had a habit of seeking out and befriending anyone. She had a kind soul.”

Some families had no idea their children were even in the crowd in the Itaewon entertainment district on Saturday evening.

“I had no idea she was there. It was impossible, I couldn’t believe it,” Lim’s father said at a funeral home as he and his family observed funeral rites.

The father asked that he and his daughter be identified by just their family name, Lim.

The man usually lives abroad and had not seen their only child for three years as COVID disrupted travel. He first heard of the disaster when an acquaintance sent him a text message about it, with neither knowing the daughter was caught up in it.

Struggling with grief, he pulled out his telephone to show the message.

“She was so creative and pretty,” the man said, adding that he had often strolled with his daughter through Itaewon. He used to park their car at the Hamilton Hotel next to the alley where Lim died.

“I know that street very well.”

For many parents, anger is seething with the grief.

They wonder why their children were celebrating Halloween in the first place, a totally foreign concept for older Koreans.

But the biggest question for many of those mourning their children is why no safety measures were enforced to control the crowd.

“I am beyond angry. It is outrageous because in any emergency situation, the country should protect its people and keep them safe,” said Lee, the mother of Joo-hee. 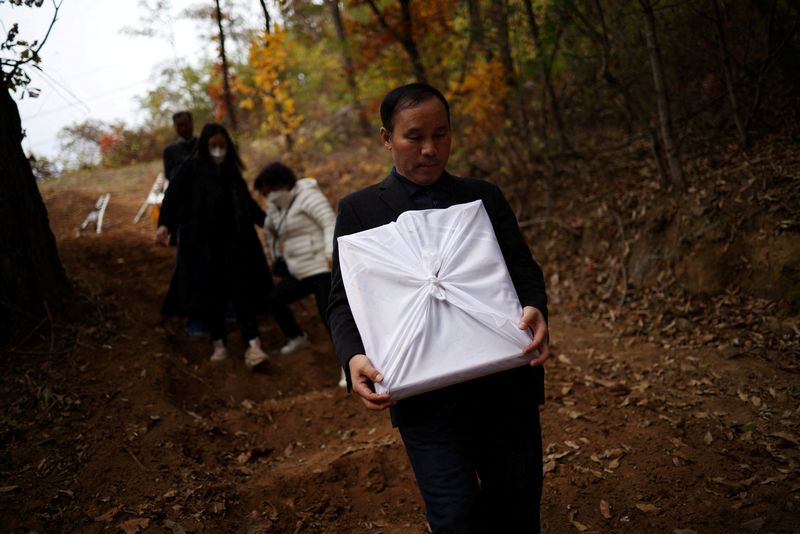 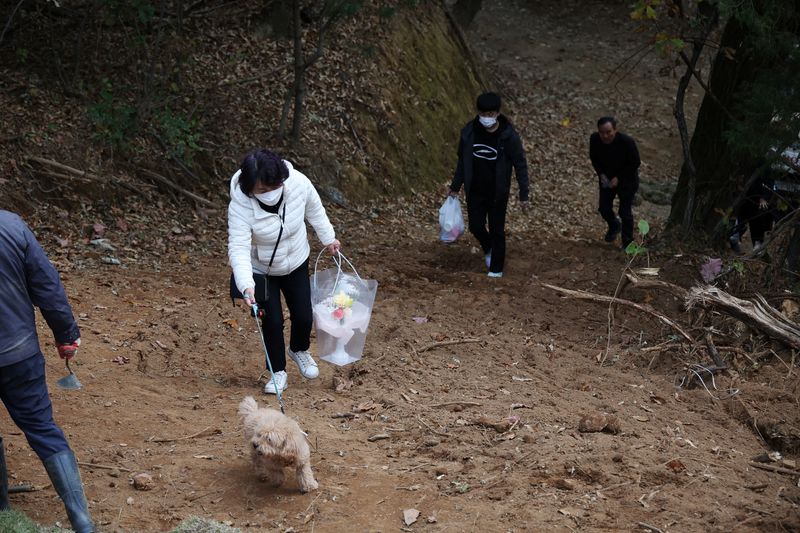 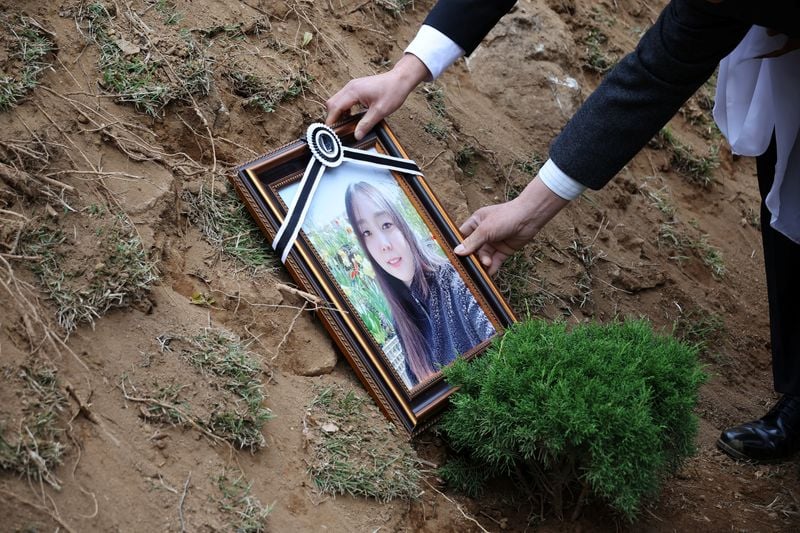 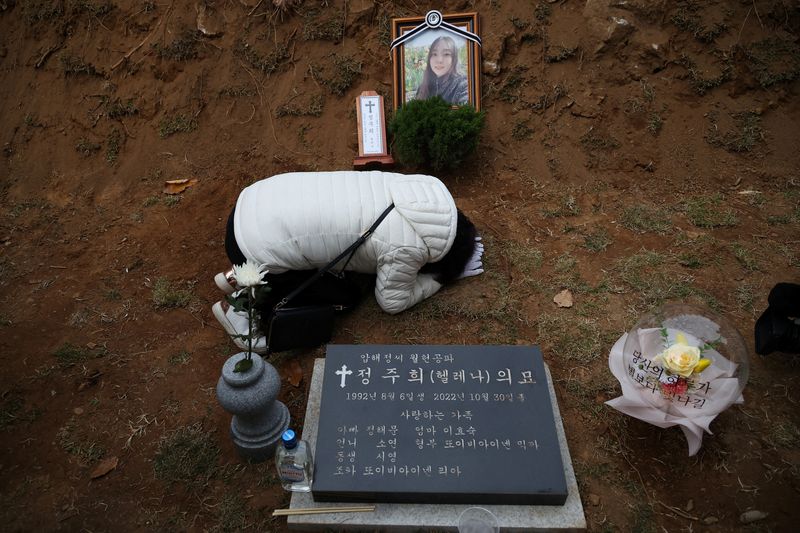 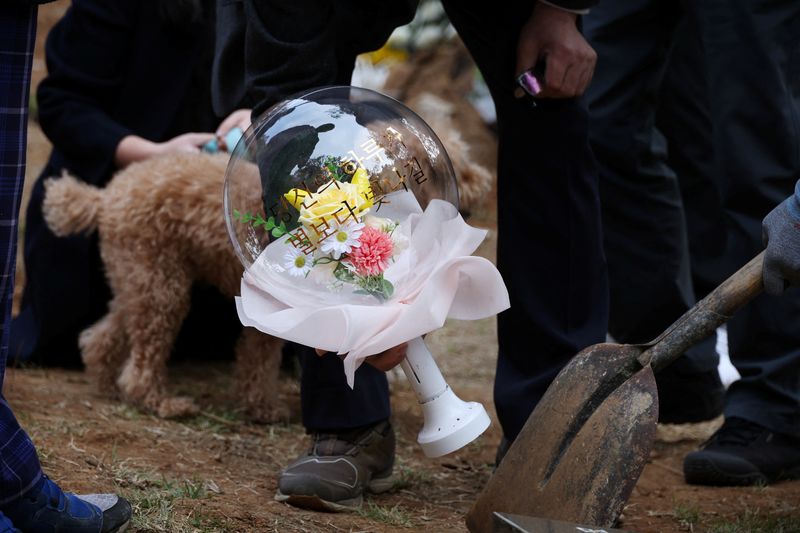