Bank Negara Malaysia (BNM) lifted its overnight policy rate (OPR) by 25 basis points to 2.75%, as expected by all but two of 27 economists polled by Reuters.

Including Thursday’s hike, BNM has raised rates by a total of 100 bps since May from a historic low of 1.75%.

The central bank said in a statement Thursday’s rate hike would “pre-emptively manage the risk of excessive demand on price pressures” and came against the backdrop of “positive growth prospects”.

“The balance of risk to the inflation outlook in 2023 is tilted to the upside and continues to be subject to domestic policy measures on subsidies, as well as global commodity price developments,” it said.

Headline inflation likely peaked in the third quarter, but was expected to remain elevated heading into next year, BNM said.

BNM said its monetary policy committee was not on any pre-set course and its decisions would depend on evolving conditions and their implication on the outlook for growth and inflation.

The central bank’s pace of tightening has been slower than that of some of its peers as heavy subsidy and price control measures kept inflation in check.

But inflation has been ticking upward, with the consumer price index rising 4.5% from a year earlier in September, moderating slightly from 4.7% in August. The government expects headline inflation to average at 3.3% this year.

Malaysia’s economy has recovered strongly from a pandemic-induced slump, expanding 8.9% in the second quarter, its fastest annual pace in a year.

Last month, the government revised up its 2022 growth forecast to 6.5%-7%, though it expects economic expansion to slow next year to 4%-5%.

Malaysia’s benchmark stock index was down 1.5% after the central bank announcement.

The Malaysian ringgit hit a fresh 24-year low, just ahead of the rate decision.

The ringgit has fallen nearly 14% versus the U.S. dollar this year as the greenback has been supported by aggressive monetary tightening by the Federal Reserve.

But Capital Economics said worries about inflation and a weakening currency, the central bank’s “two key concerns”, would likely abate next year with growth expected to slow, commodity price inflation to ease and the Fed to conclude its tightening cycle.

“Overall, we continue to expect one more 25bp rate hike in early 2023, but with growth slowing and inflation set to fall back further, we think this will mark the end of the tightening cycle,” the group’s emerging Asia economist Shivaan Tandon said in a note. 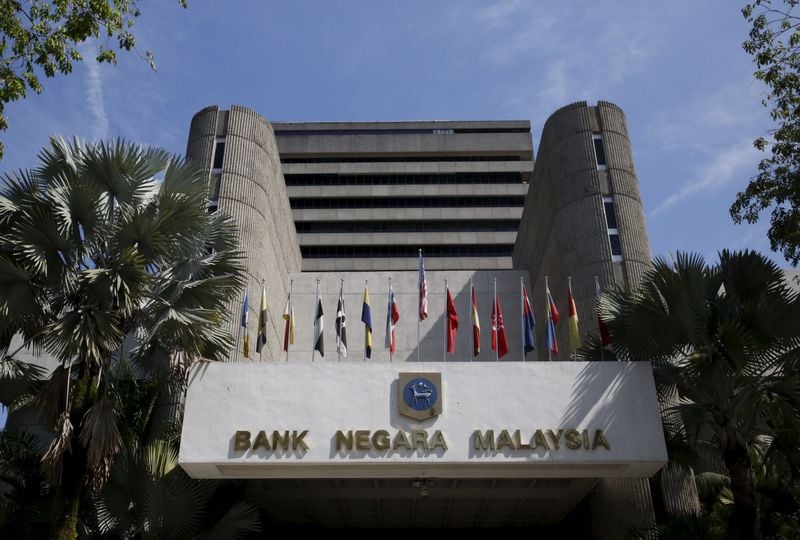