(Reuters) -Shares of Roku Inc fell more than 20% in extended trading on Wednesday after the streaming platform forecast holiday-quarter revenue below Wall Street estimates as ad spending dries up.

Record-high inflation and global geopolitical uncertainty from the war in Ukraine and U.S.-China tensions have led companies to slash their marketing budgets, causing trouble for digital advertisers.

Top players including Google-parent Alphabet and Snap Inc have warned of shrinking ad spending, which led to a broad tech sell-off in recent weeks.

“As we enter the holiday season, we expect the macro environment to further pressure consumer discretionary spend and degrade advertising budgets, especially in the TV scatter market,” Roku Chief Executive Officer Anthony Wood said in a letter to investors.

“We expect these conditions to be temporary, but it is difficult to predict when they will stabilize or rebound.”

The company expects total revenue to be about $800 million in the fourth quarter, down from $865.33 million a year earlier and below analysts’ average estimate of $895.5 million, according to Refinitiv IBES.

“Roku’s growth will be disrupted by a recessionary environment because advertising budgets on the whole will see cuts, while at the same time TV ad budgets continue to see migration to digital,” Third Bridge analyst Jamie Lumley said.

“We will continue to slow headcount and operating expense growth in response to the macro environment,” Wood added.

(Reporting by Aishwarya Nair and Nivedita Balu in Bengaluru; Editing by Shinjini Ganguli) 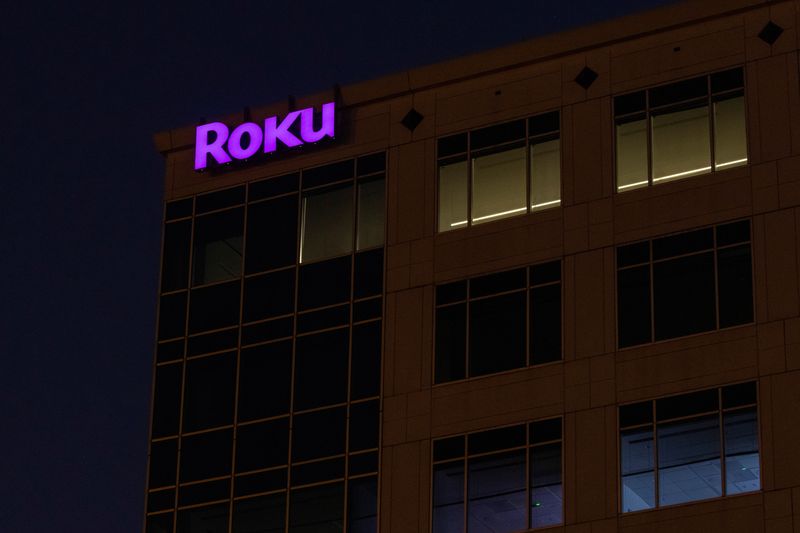