WINNIPEG, Manitoba (Reuters) -Nutrien Ltd, the world’s biggest fertilizer producer, intends to follow through with plans to expand production capacity of potash and nitrogen, despite a sharp pullback in potash demand due to high prices, its chief executive said on Thursday.

Nutrien is increasing Canadian potash production by 20% to an annual 18 million tonnes by 2025, helping to address tight global supplies related to sanctions against Russia and Belarus, the second- and third-largest producers after Canada.

Prices rose so high, however, that Nutrien’s sales in North America and Brazil, its top two potash markets, disappointed investors during the third quarter.

“We view this as a temporary lull and our confidence in the outlook for the fundamentals of our business has not changed,” CEO Ken Seitz said on a conference call.

Nutrien on Wednesday cut its full-year adjusted earnings forecast for the second time. Its shares plunged 12% in Toronto.

In an interview, Seitz said Nutrien has flexibility to adjust when it brings additional potash volume to market by 2025, but is not seeing reason to alter its plans.

“If the world changes on us, for sure, we can adjust our plans, pare back capital,” Seitz said.

But the ratio of global grains stocks to use is at a 25-year low, requiring multiple crop seasons to rebuild, he said.

Russia re-entered this week a pact to free Ukraine shipments, but urged the United Nations to also ease Russia’s fertilizer and food exports.

Seitz said U.S. Midwest farmers, who apply fertilizer in fall after harvesting, as well as in spring, are showing more interest now at the reduced potash prices.

Prices have tumbled during the past six months, though not enough to stimulate further demand, Scotiabank analyst Ben Isaacson said in a note.

(Reporting by Rod Nickel in Winnipeg; Editing by Chizu Nomiyama) 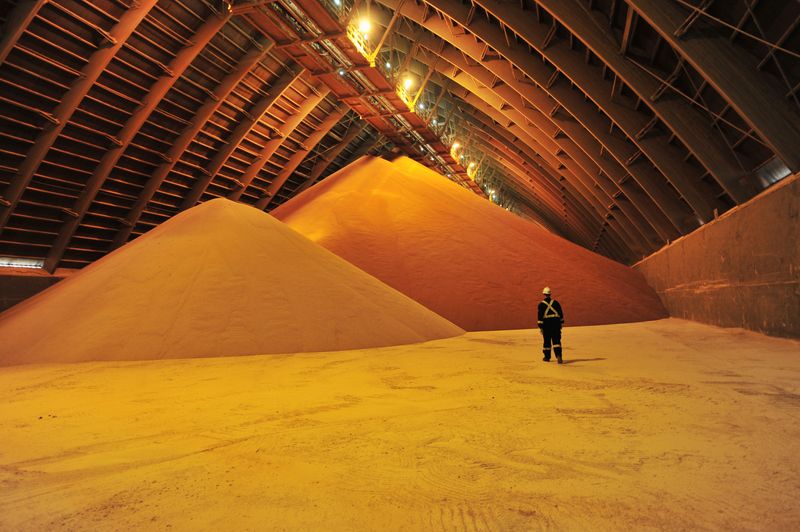