WASHINGTON (Reuters) -Top U.S. Democrats said on Tuesday that securing more funding for Ukraine and COVID-19 and passing a full-year spending bill are priorities before Republicans take control of the House of Representatives early next year.

President Joe Biden held talks at the White House with Democratic and Republican leaders of the House of Representatives and the Senate on what can be done in the remaining weeks when Democrats still control both chambers.

Republicans won a narrow majority in the House in the Nov. 8 midterm elections and will take over on Jan. 3, complicating Biden’s agenda for the next two years. Biden’s Democrats retained control of the Senate.

Biden said funding more military assistance for Ukraine, which House Republicans have talked about pausing when they take over in January, is a priority as well as funding measures to combat the coronavirus pandemic.

Biden added that funding the government beyond Dec. 16 to avoid a shutdown was high on his list.

“And we’re going to find other areas of common ground, I hope,” he said.

Later in the day, top Senate Democrats said passing a full-year spending bill, known as an omnibus, was vital for national security.

A commonly floated alternative, known as a continuing resolution, or CR, would effectively freeze spending at current levels. Such a bill would require the armed forces to rely on legacy equipment, while development of new military technologies would largely cease, senators warned.

“If we want to keep this country safe, if we want to maintain our military advantage, this (omnibus) bill has to pass and it has to pass now, not after another CR,” said Senator Jon Tester, one of the top Democrats overseeing defense spending.

House of Representatives Speaker Nancy Pelosi, who is in her waning weeks as the top House Democrat, acknowledged to reporters after the meeting with Biden that Democrats may have to resort to a CR through Sept. 30, 2023, amid Republican pushback and a jam-packed legislative agenda.

Republicans are split on whether to support an omnibus spending bill or a CR, top Senate Republican Mitch McConnell told reporters. He said a CR would help contain spending, but acknowledged it could have negative repercussions for national security.

On Ukraine, House Republican leader Kevin McCarthy, who attended the talks with Biden, gave a taste of what to expect if he takes over as House speaker as he hopes.

He told reporters after the meeting he would raise questions about Ukraine funding, which has surpassed $18 billion, and would be willing to work with Democrats if they are “willing to get our spending under control.”

“I’m not for a blank check for anything,” he said. 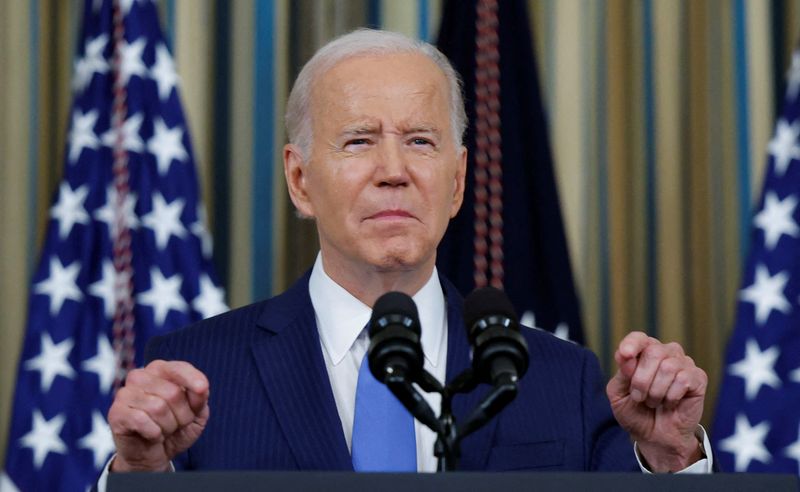