BERLIN (Reuters) – The European Union will take action on new U.S. subsidies to protect European competitiveness, the commissioner for the bloc’s internal market told an industry conference in Berlin on Tuesday.

“We can’t stay inactive and will not,” Thierry Breton said.

The European Union and the United States have launched a task force to discuss Washington’s Inflation Reduction Act, a $430-billion bill to support industry while fighting climate change.

The bill includes tax breaks conditional on U.S-manufactured content – which have raised fears of unfair competition in the 27-member EU.

However, “the problem arises when … competition-distorting rules influence future decisions on where to be based,” Habeck said in his opening speech at the conference, calling for a robust European response in the coming weeks. 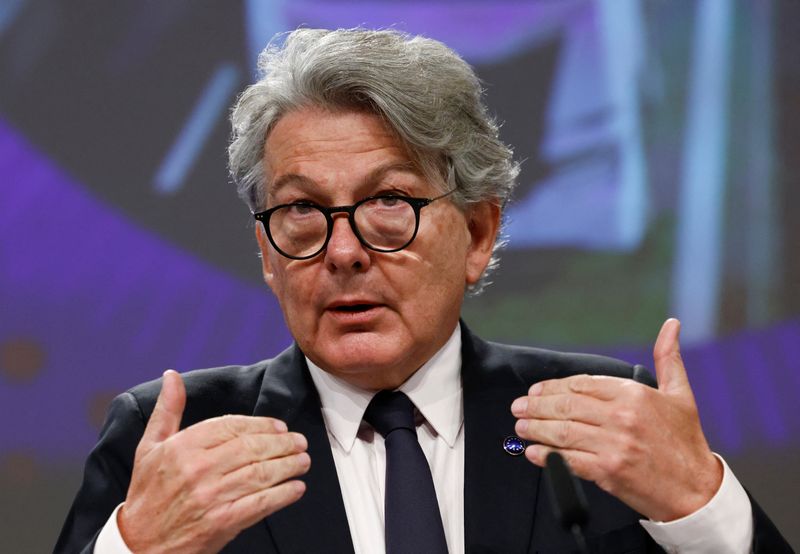