(Reuters) – A look at the day ahead in U.S. and global markets from Mike Dolan.

A punchy U.S. jobs report and the beginnings of China’s COVID-related reopening seem to be seen more as positive soft-landing signals than another stick to rattle central bank cages.

Even though news of above-forecast November U.S. payrolls and wages on Friday and the hesitant and patchy easing of China’s COVID curbs could argue for a stickier inflation picture ahead, markets were determined to see the glass as half full.

The employment report certainly didn’t shift the dial on market expectations for the Federal Reserve, with futures still seeing a 90% chance the Fed downshifts its interest rate rises to 50 basis points next week and the implied terminal rate next year still well below 5%.

What’s more, Wall Street’s ‘fear index’ is showing little if any trepidation about the final month of the year. Even though it backed up a bit today, the VIX index of implied S&P500 volatility closed at its lowest in 8 months on Friday.

China’s stocks and the yuan clearly outperformed earlier despite some public confusion about the changes to restrictions coming into force on Monday. The blue-chip CSI 300 Index closed up 2%, while Hong Kong’s Hang Seng Index climbed 4.5% to end at the highest level since Sept. 1.

China’s yuan surged past 7 to the dollar in onshore and offshore markets – its best levels in almost three months.

The China re-opening optimism buoyed the oil price even as OPEC+ nations at the weekend held their targets steady despite last week’s market speculation of another output cut. The big focus was on the effect of G7 and European Union bans and a price cap on Russian crude.

Brent crude hovered about $87 per barrel – up a bit on the day but roughly where it closed last Thursday.

U.S. stock futures and European bourses were flat to slightly lower, meantime. U.S. Treasury yields were mostly steady from Friday’s levels, even though the 2-10 year U.S. yield curve version deepened further to more than 80 bps – its most negative in 22 years.

Led largely by the yuan, the dollar weakened across the board – with euro/dollar hitting its highest since June.

Monday’s U.S. diary is thin, with the final reading of the ISM service sector survey for November topping the economic reports.

There appeared to be little fresh fallout from last week’s surge in redemption requests at an unlisted Blackstone real estate income trust.

Britain’s Vodafone said Chief Executive Nick Read would step down at the end of this year and be replaced on an interim basis by finance chief Margherita Della Valle, lifting its shares.

The Confederation of British Industry warned the UK economy would shrink next year and said there was a risk of a ‘lost decade’ of stagflation. 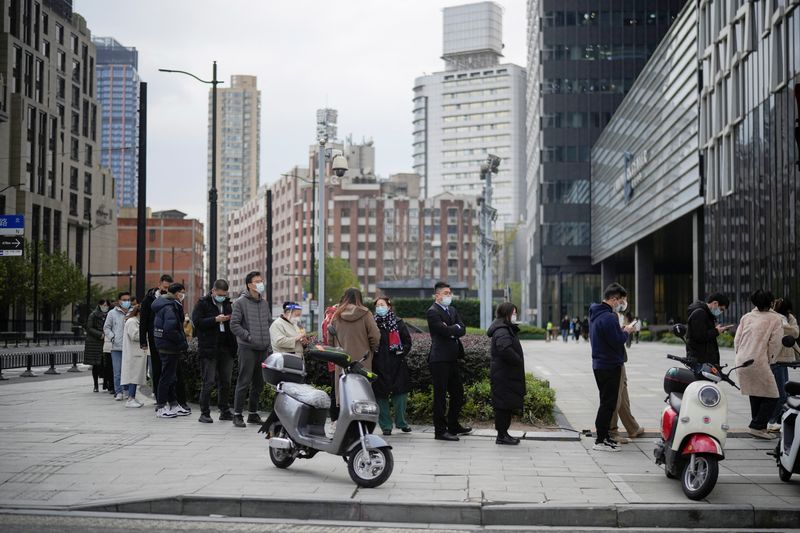 Thai economy may grow 4% this year on tourism – deputy PM

Thai economy may grow 4% this year on tourism – deputy PM