COLUMBUS, OH – Scores of police officers nationwide have been injured.  Everyone knows about move-over laws, everyone knows that when it snows, you should use caution, but police officers in vehicles on the side of roads with flashing lights are still being injured across the country because drivers either don’t care or they’re just not paying attention.  In this case, speed was the determining factor.

In Franklin County Ohio this morning a vehicle crashed into a police Franklin County Deputy’s vehicle as it was parked on the side of the road helping victims of a previous crash.

“PLEASE SLOW DOWN,” the Franklin County Sheriff’s Department said today. “As Franklin County faces another round of predicted snowfall, these photos serve as a reminder to drastically reduce your speed on the road. This incident happened Tuesday afternoon on I-270. A previous crash had already sent vehicles into both shoulders of the road.”

The driver of the white SUV pictured here tried to do the right thing and move to the middle lane, but was going too fast for conditions. The driver lost control of the vehicle and smashed into the cruiser. Fortunately, there were no serious injuries, the FCSO said. 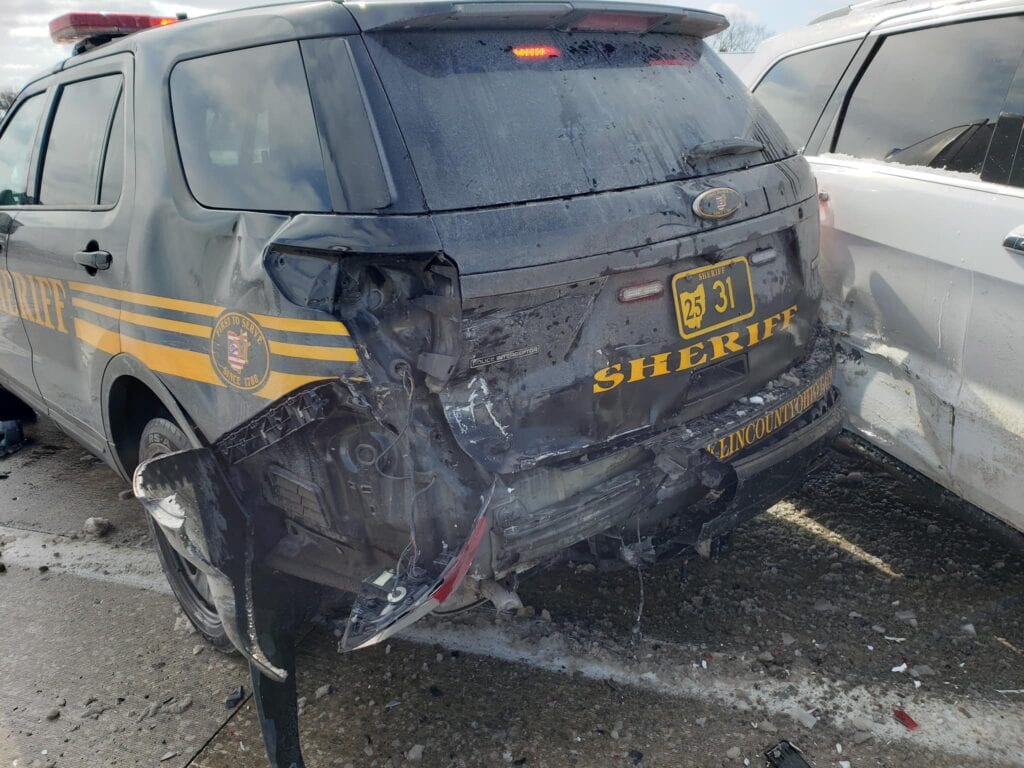 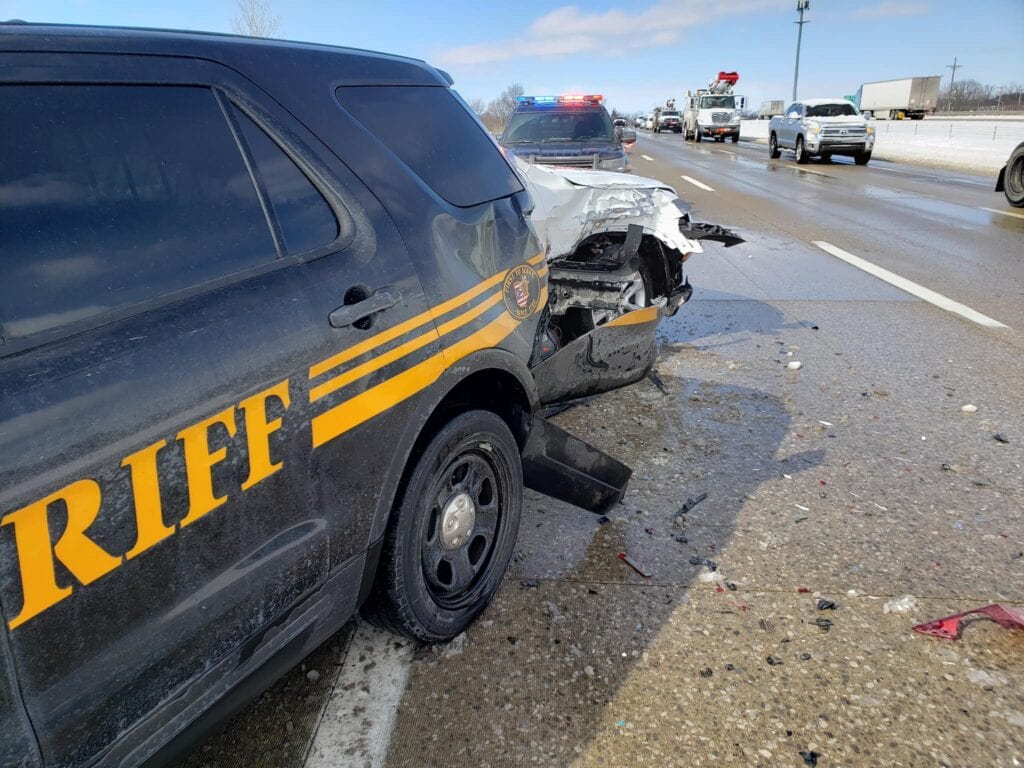