– The former head of a Chicago bank was sentenced on Monday to a year and a day in prison for approving millions of dollars in risky loans in exchange for a post in the Trump administration.

Stephen Calk, 57, former chairman and chief executive of Federal Savings Bank, was convicted in July of bribery and conspiracy after prosecutors accused him of helping greenlight $16 million in unsound loans to Paul Manafort, former campaign manager for then President Donald Trump.

Calk’s prison sentence is to be followed by two years of supervised release, including 800 hours of community service. He was also sentenced to pay $1.25 million dollars in fines.

“It is important that we as a society not tolerate corruption and secret handshake deals,” said U.S. District Judge Lorna Schofield.

Calk will remain free on bail pending his appeal.

Calk, who served in the Army reserves for 16 years, interviewed in January 2017 for a job as under secretary of the Army but never joined the administration.

Prosecutors had sought a sentence of between 51 and 63 months in prison to deter others. Calk’s attorneys had asked for no prison time, saying he had lived an otherwise law-abiding life and was not motivated by greed.

Manafort was convicted of tax evasion and bank fraud in 2018 and sentenced to 7-1/2 years in prison, but was later released to home confinement. Trump pardoned Manafort in December 2020. 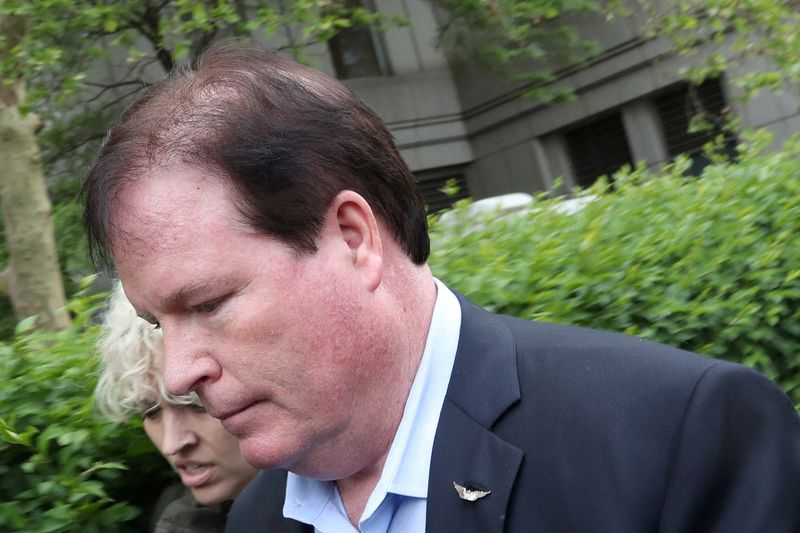