BOSTON – Technology industry executive Barry McCarthy is an avid user of a Peloton bike and now the stakes for his workouts are rising as he becomes chief executive with a goal to restore the fitness company’s lost luster.

McCarthy cemented his credentials in Silicon Valley and on Wall Street when he worked alongside company founders as chief financial officer at subscription-based streaming companies Netflix and Spotify Technology.

Now those skills will be put to the test as he replaces Peloton co-founder John Foley in the top position and tries to recoup billions of dollars in value erased over the last year.

Investors welcomed his arrival by pushing Peloton’s stock price up 30% on Tuesday, more than the gains from news that Peloton was a possible takeover target.

Dan Rosensweig, chief executive officer of student services company Chegg, where McCarthy had served as a director, called him a “perfect choice” to lead Peloton into its next chapter.

“McCarthy will help right the financial and unit economics, and his background in entertainment, education, music, and fashion will help expand the value of the Peloton consumer base,” Rosensweig told Reuters, adding that his expertise in subscription models and understanding a company’s financials made him an obvious choice for the position.

But McCarthy, who retired as Spotify’s chief financial officer in 2019, will face steep challenges in repairing a company whose value had surged to $50 billion during the pandemic and then tumbled to around $9 billion as gyms began reopening and rival companies offered similar products.

Last year, Peloton’s stock price tumbled 76% and much of the blame was heaped on Foley, who has been criticized for bloated costs and poor decision making.


Foley will shift into the executive chairman role. Peloton said it will add two other board members, eliminate 2,800 jobs and cut capital expenditures this year.

In an earlier earnings call, Foley called McCarthy “a longtime passionate Peloton member who shares our team’s enthusiasm for our company’s vision of improving lives through home fitness.”

Some investors worry that McCarthy’s ability to operate might be constrained by the company’s two classes of stock, which will effectively allow insiders to control it, and that Foley will still be in the boardroom.

But for now, Wall Street analysts believe McCarthy will be a stabilizing influence on a company that was one of the darlings of the pandemic.

“We believe (McCarthy) will provide a steady hand to (Peloton) as it works to re-build demand while rightsizing the business,” analysts at JP Morgan wrote in a note on Tuesday, adding McCarthy will be a welcome surprise who will prove positive for the share price, in the short and long term.

Setting a path for the future will offer challenges, especially as Peloton tries to reignite excitement for its pricey bikes.

“Something Peloton’s new CEO must consider is that the company is not just equipment or one-time purchases, but membership, including community and content offerings. Peloton needs people to start, stick, and stay to be successful in the long run,” said Mark DiMassimo, founder and creative chief of creative agency DiGo. 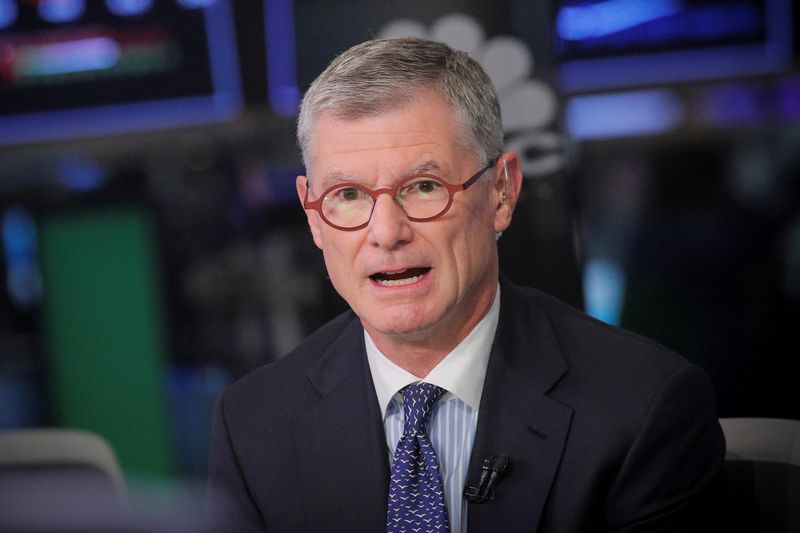