BRUSSELS – Anheuser-Busch InBev reported higher than expected earnings in the first quarter on Thursday, as consumers bought more of its beer and accepted higher prices, prompting it to repeat its outlook for growth this year.

The world’s largest brewer said earnings before interest, tax, depreciation and amortisation (EBITDA) would rise between 4% and 8% in 2022, in line with its medium-term growth target.

The maker of Budweiser, Corona and Stella Artois also said that revenue would grow at a faster pace than EBITDA, and the result for the first three months of the year were in line with that.

Price hikes and consumers trading up to more expensive brews have propelled revenue, while higher costs for commodities and beer deliveries curbed profit.

The Belgium-based brewer said it sold 2.8% more drinks by volume in the first quarter than a year ago, with increases across Latin America and Europe and declines in North America and the Asia-Pacific region.

The results mirror those of Heineken and Carlsberg, the world’s second- and third-largest brewers, which have said that rising consumer prices have not so far dented demand for beer or for pricier premium brands.

AB InBev increased first-quarter earnings in major market Brazil as well as other Latin American countries and saw a sharp improvement in Europe, where coronavirus-related restrictions have been steadily eased, allowing bars and restaurants to reopen.

Earnings were also sharply higher in South Africa, a year on from a month-long ban on alcohol sales.

Profits were also little changed in China, where the reintroduction of coronavirus restrictions led to a decline in beer volumes. 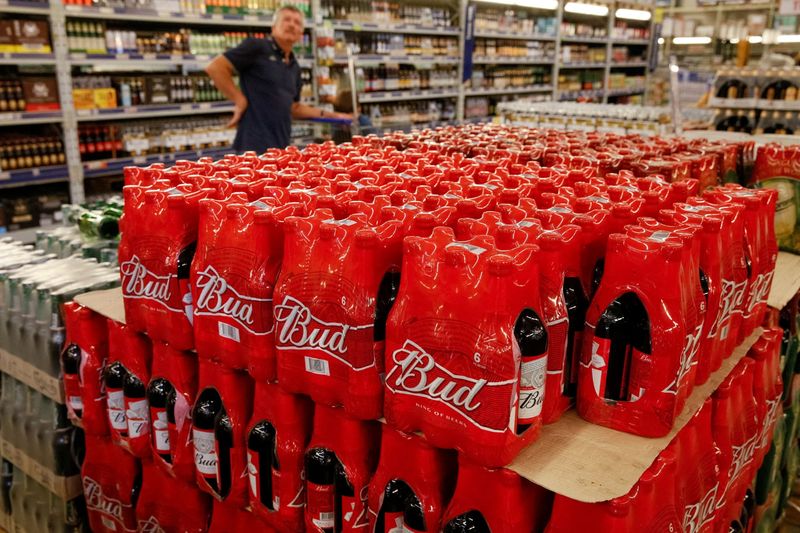